He remembered the numb, cottony feeling of her hand in his nerveless one and bounced his fingertips off of the wall, hard. It hurt. He smiled.

“Three?” the man behind the desk demanded. The messenger nodded wordlessly, and held out the packet of reports. With a curse, the normally unflappable man seized the papers and waved the messenger out. Three agents dead, in a massacre disguised as a pleasure boat outing. In Paris. Paris… He stilled, then looked down at the papers in his hand. Carefully, quietly, every movement feeling like it was through quicksand, he sat down in the battered chair, unfolded the papers onto his desk, and read the words he didn’t want to see.

I made myself a little website. It's very minimal. Once I have my design tools installed on my new computer, I'll snazz it up a little bit, although not much. Minimal is fine for now. If I ever get stuff published (sigh) I'll do a little reorganizing to make it a little more author-centric. For now, though, it's nice to have as sort of a portal - there are so many places where I am on the Internet that it was frustrating to be defining myself as just one of them. So now there's a basic place where you can get to pretty much everything, which makes me happy.

And yes, you will note a section in there about my day job, too - I'm not averse to freelance proposal-consulting work, so it seemed there was no harm in putting up a few pages to that effect. I may go a little further later, and put up more information and rates. Who knows.

Incidentally, if you're feeling a driving urge to do something similar, the only cost involved was registering the domain name -- about twenty bucks for two years. All the rest is done through Google Sites. Once you figure out how to take off the rather utilitarian Google-ness of it, you can do pretty much whatever you want.

In case you were wondering: 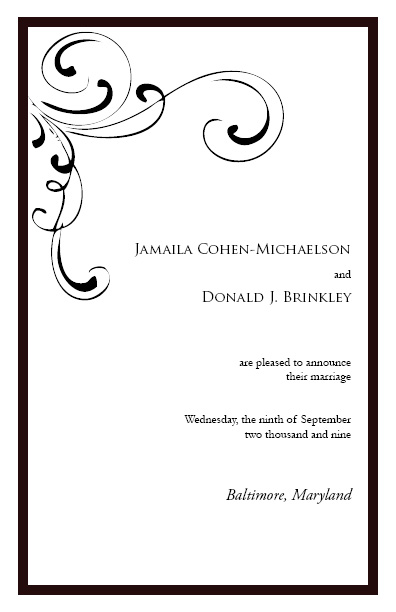 A quick note while I'm finishing last-minute vacation tasks. 'Chariot' was rejected by Strange Horizons yesterday, with a note saying they liked everything about it but the end. Which is, in fact, exactly what virtually everybody on OWW said, too. I'm going to rewrite the end -- give the character a little more agency in her own fate, as the SH letter mentioned -- and submit elsewhere. I'm debating submitting 'Launch' to SH -- it's much better than 'Chariot,' but I don't know if I want to send something in literally the day after I get a rejection letter from them. Kind of like dating a widower the day after the funeral, innit? Tacky.

Strange Horizons is having an issue with Gmail - a lot of their fiction submission response emails are either getting shuttled into people's spam folders or are disappearing completely. Since I sent my submission in on June 16th, and haven't received any word - sent to the spam folder or otherwise - I went ahead and queried as Jed's post suggested. The status page, incidentally, indicates that I was only about five days off of needing to query anyway - they're at stories submitted by June 11th. So I went ahead and did it, assuming that my rejection had indeed gotten lost in the Gmail ether.

Just heard back with word that it's actually still under consideration, which is either gratifying or depressing (gratifying: they like it enough to be considering it - depressing: they just haven't gotten to it yet). Either way, it's nice to hear back. The Gmail kerfuffle is distressing - I love Gmail deeply, and this is the first real problem with it I've been threatened by (although I did get the autoresponse email from them just fine, and whatever they send me may in fact come through with no problems at all - just the threat is enough!). I actually sent my query from my day job work email, and told them it was fine to send anything related to the story to that address, but I'm not about to use it for more than this one-time thing.

Anyway. Haven't had time to look into any place to send 'Launch' off to - the work gods, knowing that I'm about to leave for vacation, dropped like six RFPs on us at once. I'm actually supposed to write an entire proposal from start to finish today, and deal with the detritus of two others. Time consuming, to say the least.

'Launch' was rejected by the editor of TWoTW. It was a very nice rejection email, though, and he pretty much said there wasn't anything wrong with the story - it just didn't fit his personal tastes. Best sort of rejection to get.

I'm thinking about where to send it next, but might not get to it for a while. We're going on vacation next week and I have tons of stuff to get done before we leave, work-related, house-related, and Anapurna-related. Plus vacation prep itself. Molly and I are making an excursion to the library tomorrow night, where I plan to get a huge stack of regency romance novels to read over the vacation. Expect me to come back writing nothing but smut.

electricsheep82 that I'm not much of a gnawing-your-insides-out waiting for things kind of person - I tend to let things go and just ignore them until something happens - but I have to admit I'd like a response from ONE of the stories I've sent out. Even a rejection would be fine. Limbo's kind of annoying. I like to take action on things, not wait around for them. If I had a rejection in hand, I could be either editing the story or sending it out somewhere else.

The Way of the Wizard says that the editor sends out rejections 'almost immediately,' although acceptances probably won't hear much until April of next year. But what does 'almost immediately' mean in submission-world, where three months is a pretty good response time? I feel a little bit like I'm dipping my toes into unknown waters. But then again, I suppose exploration is how they become known waters.

Edited to add: I just realized that John Joseph Adams, the editor of TWOTW, is at WorldCon until the tenth. So that's probably cutting into his response times no matter what the definition of 'immediate' is. I'll just go off and write something else while I wait, shall I?

In mid-June, I finished the short story 'Chariot' and sent it off to Strange Horizons (haven't heard back yet but their response time listing says I shouldn't worry til the end of August).

Yesterday, I finished and sent off 'The Victim' to Orson Scott Card's Intergalactic Medicine Show.

Today, I finished and sent off 'Launch' (the finished version of that little fribble I posted yesterday) to a one-shot anthology called The Way of the Wizard.

I am, as they say, making an effort. If these and any further stories I finish and send out get rejected (let's face it, they probably will), I'll bump my submission level down to semi-pro markets and then just to paying, and just keep sending them out until somebody likes them.

I have no idea how long this particular spurt of creativity will last, but it's fun so far.

He never tired of watching the ships launch. Crouched in the lee of the bleachers once erected for reporters who had long since lost interest in such a routine event, he watched as the green glow of the launch-wizards' power crept slowly over the skin of each bulbous shape, sealing the ship inside a shimmering bubble with an almost audible pop! as the glowing edges met. He held his breath as the green changed slowly to red; inside the ship, the crew's wizard would be taking the reins of the massive power generated by his fellows inside the launch facility. Once, he'd seen the red glow flicker and die, leaving a ship surrounded by a green glow mottled with shocking spots of brown, like a dying leaf. The launch pad had exploded with activity, and everyone had waited through the agonizing moments while the wizards took down the bubble and they could get inside the ship. The crew wizard had been carried off on a stretcher, and he'd seen the launch wizards emerge from the little gray office building staggering and weak.

Most ships launched without any drama, but he loved to watch every one anyway. He wanted to slide his fingers along the silvery skin of a ship, feel them tingle as they were overtaken by green, glowing launch magic. He wanted to see inside a ship, wanted to go along when the launch wizards boosted the power and sent the ship skipping up into the sky, the roar of sublight engines kicking in long after one small boy tucked under the bleachers could hear them. He wanted to see the stars.
Collapse